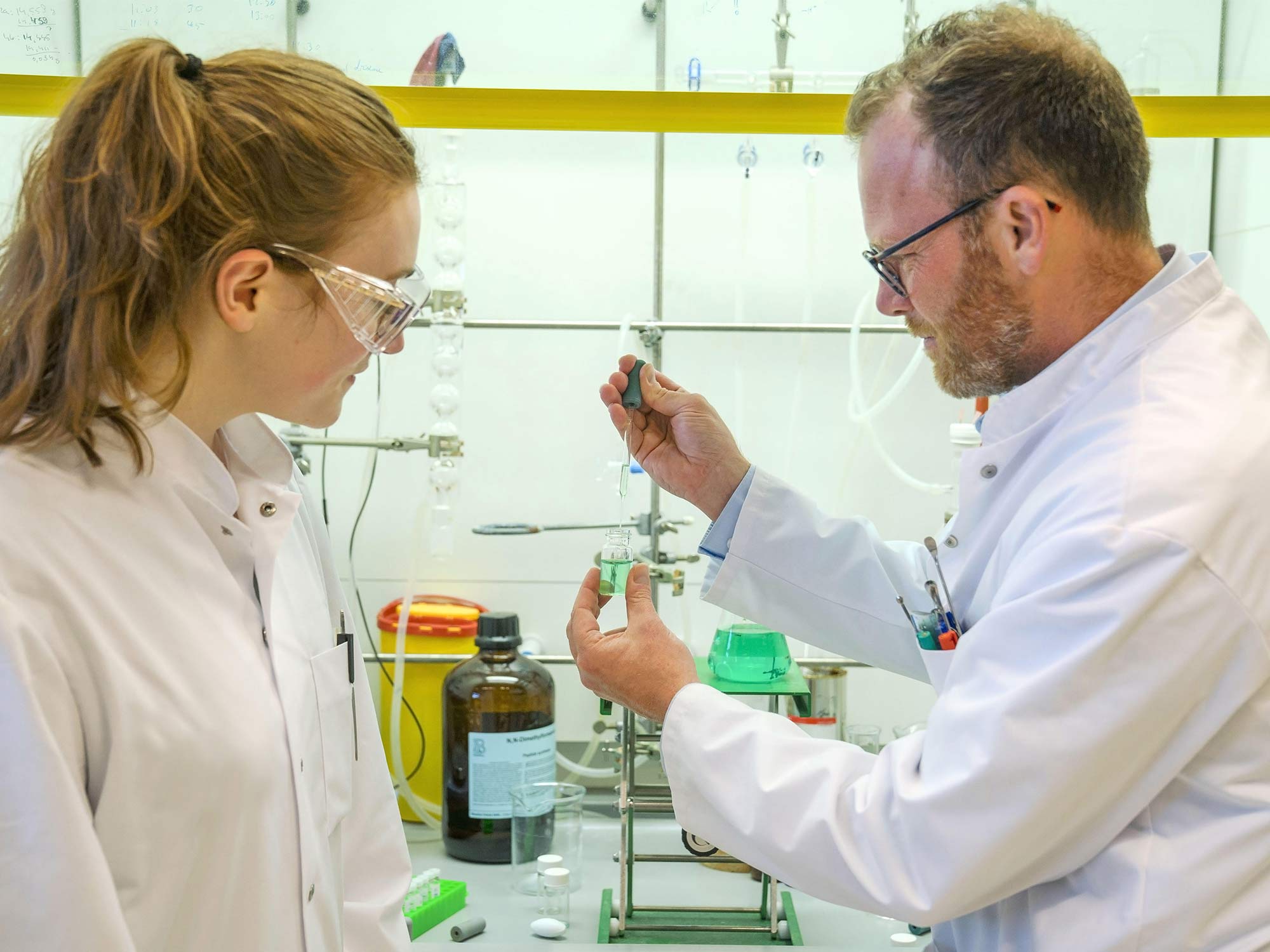 The floriculture industry likes to see itself as a bringer of happiness and health. Until now, this has always been meant in a metaphorical sense. If it is up to the Dutch Extract Library, this may become literal in the future, because many valuable substances can still be extracted from plants.

In the summer of 2020, Nadeem Akram defended his thesis ‘Factors affecting galanthamine production in Narcissus’ at the University of Leiden. An investigation into how daffodils produce the natural drug galantamine, which fights symptoms of Alzheimer’s.

It is one example of the wonders that plants hide from us. Another example is baccatine. A substance that is extracted from yew (prunings) and is used as raw material for a medicine against cancer.

The fact that plants have other applications besides vases, pots and borders is not a science of recent years. The knowledge goes back to ancient times. But due to advances in technology, we have only now entered an era in which we are going to uncover the full richness of the plant kingdom.

A biobased society is no longer a utopia, but a necessity. Dutch Extract Library, located in the Bio Science Park Leiden, can therefore be called a child of its time. Here, the aim is to stimulate the use of plant materials and give residual flows new values.

Project leader Joyce Blommaart: “Our library connects science, horticulture and business. In order to arrive at innovative sustainable products, collaborations and revenue models. We have made 2,240 unique plant extracts, from crops in the Netherlands, available for screening by public and private parties. If there is a match, the user is linked to the relevant grower. There is no such thing as this, while there is so much potential in the plant material.”

Dutch Extract Library has a history that dates back to 2015. That’s when the Plant Materials Knowledge Center started the Extract Library. Plant materials are collected and bundled into an extract library in collaboration with Dutch growers.

The aim is to realize a Biobased Economy in which plant substances are used for new markets, such as cosmetics, health & well-being, green crop protection and fragrances & flavourings.

The province of South Holland makes a subsidy available to contribute to an innovative, resilient, competitive, future-proof economy in South Holland.

The initiative is stranded in a bankruptcy that will be pronounced in 2018. The province of South Holland takes over the collection of extracts and a new start follows. Since 2021, the collection is again publicly accessible for screening and research into plant substances. Under the new name the Dutch Extract Library.
Compared to 2015, there are two essential differences. Now financing is done with public money and, not unimportantly, the intellectual property rests entirely with the users.

Blommaart: “Plants are rich in bioactive molecules to grow and flourish, but also to protect against diseases or enemies. Small molecules that can also be of great value in issues in various sectors, such as pharmaceuticals or the health and beauty industry. Many daily developments have a natural origin or are inspired by plants. The successful application of some of these molecules has been proven, but many are yet to be discovered. In addition, it is often not one molecule that triggers a reaction, but an interaction or connection of several small molecules. A complex process, which offers a lot of room for new starting points and discoveries.”

Unfortunately, Blommaart cannot tell you anything about the partners who use the library. The same goes for the growers. Sensitive information and potentially groundbreaking discoveries are inextricably linked. The fact is that floriculture is certainly interested. Blommaart: “For example, we have the material from a number of lilies in our library, but also various other flowers.”
Blommaart: “Users of the library can get all extracts for €5,000. In addition, we have two more screening options: the targeted, where one can request 1-10 extracts for €1,000 per extract; and the extensive testing where you can request a large quantity (up to 50 mL) of 1 or 2 extracts for €1,700 per 10 mL.”

To date, there have been no users who could be ethically objectionable. But the library will certainly have to deal with this phenomenon. That is not an easy thing to do, as the Coca-Cola example shows.
The original coca cola drink was made with an extract of the dried seeds of cola nuts and coca leaves. Chewing cola nuts stimulates the central nervous system and heart and also induces euphoria and a feeling of well-being.
Blommaart: “So cola came onto the market as a medicine, not as a soft drink. When it was created, it wasn’t full of sugars at all, et cetera.”

The library only contains plant materials from Dutch soil. At the moment, Dutch Extract Library is not looking for more material for the library.

The Province of South Holland is the owner of the library. The day-to-day management is in the hands of the Institute of Biology of Leiden University. Collection : 2,240 plant parts, such as bulbs, stems and flowers. Originating from 1,299 plant species, belonging to 196 different plant families. Dutch Extract Library has the exclusive rights.

We use cookies to give you the best site experience.

You can check and adjust your settings here .